Welcome to what is possibly the most passionate country in the world! A country that does not known greys or half-measures. A country where it doesn’t matter if you love or hate something because either way they will put their entire heart into it.

Welcome to carnival in Argentina.

What is the Gualeguaychú Carnival?

That’s right the Gualeguaychú Carnival is the Argentinian version of Rio carnival. It is full of samba parades featuring beautiful Argentinian dancers dressed in sequins and feathers. There are carnival queens, incredible floats, beautiful costumes and lots of rhythmic dancing. Gualeguaychú even built its own Sambadromo called the Corsódromo, which can hold up to 40,000 spectators.

When is the 2022 Gualeguaychú Carnival?

We have an excellent news for you, while the Buenos Aires Carnival only takes place over a couple days, the Gualeguaychú Carnival is a festive season that runs for two months! Actually it even holds the record as the longest carnival in the world!

The Gualeguaychú Carnival only occurs on the weekends. Specifically every Saturday of January and February and the Argentinian National. So you have lots of chances to enjoy this wonderful carnival.

What is the history of the Gualeguaychu Carnival?

The origins of Gualeguaychú Carnival date back almost forty years. The modern day version of this carnival began at the start of the 20th century. Whilst the town already celebrated carnival it was not in the same form or on such a grand scale as the one today. It was more spontaneous and composed of Murgas bands.

What are Murga Bands? Murga bands are bands with singers and brass musicians that write their own songs and lyrics. The songs are generally quite satirical in nature and often feature a lot of social criticisms, they will for example target corrupt politicians. By the 70s however carnival was barely existing.

However all this changed when a town local proposed to create a Carnival Commission and charge and entrance fee to view the carnival parade, so that the town could raise money to be able to afford the expenses to cover carnival and even import carnival bands from outside areas.

In 1979 they held their first samba carnival and brought groups from Brazil to perform. Gualeguaychú Carnival continued to grow in popularity year after year and eventually whilst it is still very Brazilian it became more and more uniquely Argentinian.

The Corsodromo has plenty of seating, fitting 40,000 spectators. It is full of restaurants, food vendors and even has VIP areas and parking. The Corsodromo is 500 meters long and 10 meters wide. It actually doesn’t matter where you sit in the Corsodromo because you are bound to have incredible views at any angle.

Each show will feature 3 dance troupes, 12 large elaborately decorated floats and several thousand participants. The three dance troupes that parade are the Marí Marí, Kamarr and Ará Yeví. These groups compete against each other to try and win the title for the best dance troupe for that year. A panel of judges will mark them on their costumes, floats, music and dance.

How much are tickets for the Corsódromo?

The price for tickets to the Corsodromo to watch the parades depends obviously on the how good your seat is. Tickets can range from $290 to $380 Argentinean Peso’s for general admission and around $60 Argentinean pesos for minors.

Tickets for the parades can be purchased on line before carnival from the official website here. Or alternatively you can purchase tickets on site at the Corsodromo’s ticket office. Above is a map of seating options. The closer to the front and center you are, the more expensive tickets are.

Where to stay for Gualeguaychú Carnival?

You are in luck if you want to visit Gualeguaychú Carnival you have plenty of options that will accommodate all levels of budget and prices. The city is full of hotels, hostels, B&Bs and there are plenty of private rental accommodations.

The city isn’t incredibly big so it doesn’t really matter where you stay during carnival. But you could stay on the outskirts of the city which is full of picturesque scenery or in town and be closer to the Corsodromo. Of course we suggest that you plan ahead though because the carnival is popular and attracts thousands of tourists so if you want the best options book early.

You can check out some accommodation deals here.

Book your Hotel and Flight for the Gualeguaychu Carnival

Just a little of advice for enjoying the carnival is that Argentina is in the Southern Hemisphere which means that they have the opposite seasons to the northern hemisphere. So it will be summer in Argentina during carnival, so you don’t need to bring warm clothing if you are coming from the Northern Hemisphere as temperatures can reach between 20 and 30 degrees.

Remember that the Gualeguaychú Carnival only takes place on the Saturdays of January and February, so we highly recommend that you explore other activities and attractions in the area. Gualeguaychú is known for its natural beauty so there is plenty to do, the area is filled with beautiful beaches, spas, shops, restaurants and more.

For more information about tours, things to do, sightseeing tours, day trips and more click here. For a longer vacation check out some cool trips on Tour Radar. 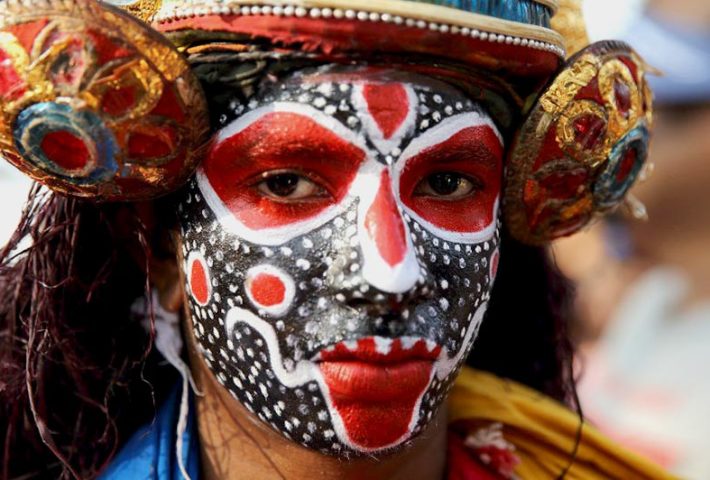 The Kochi (Cochin) Carnival is a ten-day carnival which culminates on New Years that is full of colourful costumes, parties, parades and elephants.

Eupen Carnival in Belgium has been celebrated since the 17th Century. Every year thousands of people come together to enjoy life, dance, feast and have fun before the start of Lent

Crop Over in Barbados is the most anticipated event of the year! It is a whole month of celebrating with parades, parties and live music. You haven’t lived until you have experienced the carnival spirit that is felt in Barbados during Crop Over!