Carnaval San Francisco which takes place in the Mission District of San Francisco attracts 400,000 people every year and is the most diverse carnival celebration on the west coast.

When is Carnaval San Francisco?

Where is Carnaval San Francisco?

Carnaval San Francisco is held in the Mission District of San Francisco. The festivities will occur on Harrison Street, between 16th and 24th Streets.

What is Carnaval San Francisco?

At Carnaval San Francisco you can embrace cultures from all over the world. You can dance some salsa to some Latin tunes, or enjoy some Caribbean beats with some reggae music from Jamaica or soca from the Bahamas. You can watch an incredible performance from Mexican Aztec performers, Japanese drummers or Polynesian dancers.

Carnaval San Francisco has become the largest annual multicultural celebration in California and draws over 400,000 attendees every year.

Book your Hotel and Flight for the Carnaval San Francisco

What is the history of Carnaval San Francisco?

Carnaval San Francisco was started back in 1979 by a group of artists back in including percussionist Marcus Gordon, dancer Adela Chu and costume designer Pam Minor in 1979, who came together in Precita Park. Adela had gone to Brazil for carnival, and on her return she knew she had no choice but to create a carnival… “it was like I had no choice. A city like San Francisco without a carnaval didn’t make any sense to me.”

The first Carnaval SF happened on a cold and windy San Francisco day back on the February 25th, 1979. Around 200 dancers and drums dressed in all sorts of colors and costumes, paraded around Precita Park in the Mission District. The carnival was described as looking like a hippy, dancing half naked in the park event. But for those who had taken part, months of rehearsing and planning had gone into it.

The next year they held carnival again but somehow word had gotten round and lots of people showed up. In fact so many had shown up that they weren’t allowed to host it in the park anymore. Carnaval SF grew more and more popular year after year and is now attended around half a million people! Adela says that Carnaval was her gift to San Francisco.

Yes like so many other carnivals around the world, Carnaval San Francisco also has its own Carnaval Royalty. This a popular event watching contestants battle out for Prince, Princess, Queen, King and even a Drag Majesty crown. There performances often feature dances and costumes. The contest winners serve as Official Ambassadors for Carnaval San Francisco, win cash prizes and feature in the Grand Parade.

The Carnaval SF Grand Parade is an incredible procession of more than 50 dance and music groups entertain and engage the crowd. Most of these groups feature beautifully decorated floats that depict rich multicultural themes. There are also lots of musicians, dancers, drummers, roller-skaters and stilt-walkers. There are sound systems pumping music salsa, hip-hop, soca, reggae creating an incredible street party vibe.

Some of the highlights of the parade are the Brazilian-style samba schools that have over 300 members dancing through the streets in headdresses and stunning costumes. You can see Polynesian dances, giant puppets, Guatemalan folk groups and so many more cultural performances displayed.

Carnaval San Francisco is an incredible and FREE 2-day carnival that is for the whole family.  It is the largest multi-cultural celebration on the West Coast. There is loads of fun activities and entertainment.

The Carnaval San Francisco season officially kicks off on Fat Tuesday. On Mardi Gras Day, Carnaval SF invites people to meet their neighbors and make friends at their Annual Fat Tuesday Mardi Gras celebrations that occur at three different venues throughout the Mission. There will be live music and dancers.  Guests are encouraged to dress up and wear a costume, masks or beads.

Where do I purchase tickets to Carnaval San Francisco?

If you want to watch the parade sitting down you can purchase tickets to some grandstands. Carnaval SF Grand Parade Seating costs $29. All these tickets can be brought from the official website.

How to get to and around San Francisco?

San Francisco is a major US city so if you are coming from overseas or interstate you will have no problems getting here. The city has two large international airports including San Francisco International and another one in Oakland. There are also loads of bus and train options and it is very easy to drive to.

Where is the Mission District?

The Mission District is bordered on the north by Highway 101. It is near 14th Street, Potrero and Dolores Streets on the east and west, and by Cesar Chavez Street on the south. The Mission District’s namesake is Mission Dolores from a old Spanish Mission located in the neighbourhood.

How to get to Carnaval SF?

From downtown Union Square. You can take the BART which is an underground train and exit at stops 16th and 24th Street Stations. Or you could take the mini buses that service the area which include 9, 12, 14, 22, 27, 33, 48, 49 and 67; to view their schedules you can look them up on 511.org. We don’t recommend driving but there is public parking available at the Mission-Bartlett Garage. Also you could grab a taxi or use Uber or Lyft. Get a quote for a rental car here. To rent a bike or a scooter get a quote here.

Where to stay in San Francisco?

There are loads of accommodation options in San Francisco from hotels, hostels, guest houses and of course Airbnb. It just depends on your budget and comfort level. The city of SF is not a large city so it is easy to get around. We recommend staying around Union Square/Powell BART station as there are loads of hotels and you are central to everything.

What to do and see in San Francisco?

San Francisco is a city with great bars, restaurants, cafés and shops. The city also has some natural attractions like its big beautiful harbor, Golden Gate Park, some beaches. You can ride through the cool neighbourhoods on the cable cart. Visit some awesome museums like the California Academy of Sciences or head to the cool hippy neighbourhood of Mission Dolores.

What to see in the Mission District?

The historic Mission Dolores is home to 1 of 21 missions established that were built throughout California. The neighborhood has hundreds of colorful murals throughout. Valencia Street also has lots of great restaurants and shopping.

For more information about tours, things to do, sightseeing tours, day trips and more click here. For longer vacations check out Tour Radar for some cool trips.

What to wear to Carnaval San Francisco?

Carnaval San Francisco is one of San Fran’s most legendary events. A celebration of cultures from all around the world.  The parades are colourful AF, with women dressed in colourful and elaborate feather headdresses and bejewelled bras. You don’t need to dress like the people in the parade but why not wear some playful pieces that will help you stand out from the crowds. It’s the time to let your imagination one wild and get creative and wear something fun, you can check out some cool outfit ideas on Amazon. Remember though to wear comfortable shoes as you will be on your feet all day long! 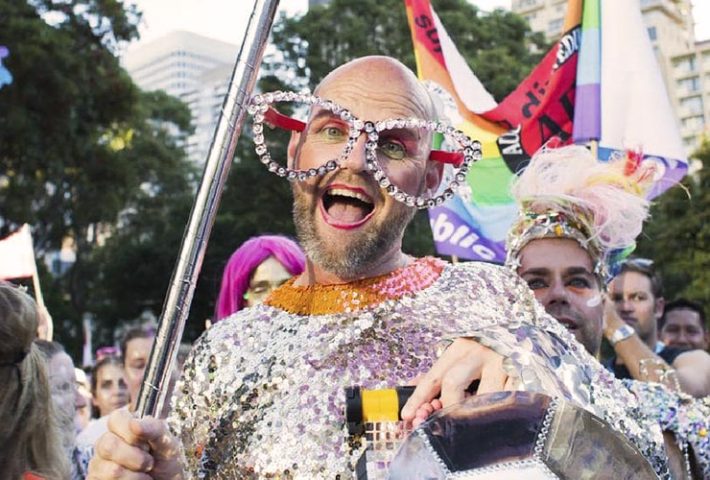 The Sydney Gay and Lesbian Mardi Gras is the biggest pride event in the world that takes place in the beautiful city of Sydney. It is a celebration of love that knows no bounds. Here is everything you need to know about celebrating Mardi Gras in Sydney! 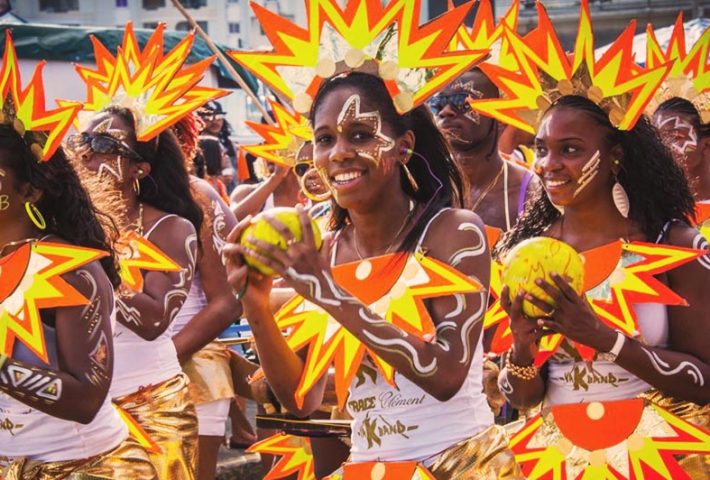 The Martinique Carnival is one of the most popular festivals in the Caribbean, which makes this island receive a large number of visitors during the month of February who want to experience this magical celebration.

Isle of Wight Mardi Gras has something different and attracting that you only can experience it visiting this magical Island.