The Royal city of Solo in Central Java, Indonesia hosts the annual Solo Batik Carnival every year to shine a light on Indonesian culture and heritage.

When is the Solo Batik Carnival 2021?

Where is Solo / Surakarta?

Solo is the nickname for the city of Surakarta. Solo is a major city that is located in the Central Java region of Indonesia. Solo is a former Royal city that was once home to not one but two Royal dynasties including the Kasunanan Kingdom and the Mangkunegaran Principality.

Solo is 100km south of Semarang and 60 km east of Yogyakarta. Solo is a bustling economic centre with a population of 800,000 people. Solo is a centre for fashion, art, education and shopping. Because Solo in not a provincial capital the city has preserved its Javanese character and is the least westernised city in the area.

What is the Solo Batik Carnival?

The Solo Batik Carnival is an annual carnival celebration that occurs in Solo City also known as Surakarta City in Indonesia. Here carnival is not associated with the Christian pre-Lent celebrations, but carnival is more about festive celebrations that include a parade of dancers wearing gorgeous costumes.

The Royal city of Solo comes alive every year with grand festivities that place an emphasis on the ancient Indonesian motif of batik. The Solo Batik Carnival highlights the beautiful ancient art and craftwork of Batik and shines a bright spotlight on the city of Surakarta.

Why do they celebrate the Solo Batik Carnival?

The city of Solo is totally synonymous with batik so much so that its nickname is Batik City. Not only was the Solo Batik Carnival created to be the perfect cultural attraction that promotes Solo as a tourist destination, but it was also created to boost the batik fashion industry.

What is Batik? Batik is an ancient art and craft that is an integral part of Indonesian culture especially in the Java region. Batik is a unique man-made wax resistant dying technique that transforms clothes into gorgeous works of art! Batik has been practiced for centuries and is mostly from around Indonesia as well as Malaysia.

Batik is created by selecting areas from a piece of fabric and covering it with melted wax. The fabric is then dipped for dying and the parts covered in wax are able to resist the dye and remain the original fabric colour. This process is continually repeated to create colourful and elaborate designs.

The word batik originates from the Javanese word tik, which in English means to dot. Different regions of Indonesia have their own batik patterns which is unique to them and may include flowers, nature or animals.

Check out Amazon for some amazing Batik Cloth!

Nowhere else in the world has the ancient art of batik reached the high standards seen in Java Indonesia. The ancient art of Batik is inseparable from Javanese culture. The traditional skills required to make batik have been well developed over several hundreds of years in Central Java.

The city of Solo is renowned as being the largest batik producing region in Indonesia. All the necessary raw materials are readily available in the area including cotton, beeswax and numerous plants from which the dye is extracted.

Batik is deeply rooted in Indonesian tradition and heritage. In 2009 Indonesian batik was even officially recognised by UNESCO as being a “Masterpiece of Oral and Intangible Heritage of Humanity”.

One can even tell the royal lineage of an individual based on the cloth patterns that they are wearing. Traditional colours like dark brown, white and indigo represent three major Hindu gods. The Solo Batik Carnival was launched to showcase batik.

Where is does the Solo Batik Carnival take place?

The parade attracts thousands of people who flock to Surakarta’s main street to witness the parade and learn about the local culture. It is a free procession where and there are huge crowds along the street of Jalan Slamet Riyadi all trying to get a good view to admire the gorgeous fashion.

Around 400 participants are part of the Solo Batik Carnival Parade which essentially like a dancing, parade fashion show. The Solo Batik Carnival Parade begins at 1:00pm and runs for several hours. Besides the gorgeous clothing it also features performances from renowned Indonesian singers. Every year the carnival selects a theme which is central to the celebrations.

To perform in the carnival parade, it is essential that 75 percent of your costume has to be batik. The participants are challenged to release their creative imaginations and be as innovative as they can when creating their batik pieces of art.

What is incredible about this parade is that every participant has funded their own costumes. This may not sound like a big deal, but keep in mind that Indonesia is a third world country. The participants can spend about a whole month salary on their costume.

Check out Amazon for some amazing Batik Cloth!

How to get to the Solo Batik Carnival?

Solo has an airport that is only 10km from the town, and while it is a small airport, it does have about 8 flights from Jakarta a day. Jakarta Airport is a major airport with connecting flights all over the world. To get a quote for a flight click here.

How to get around Solo

The easiest way to get around Solo is by becak. The compact size of Solo makes it easy to walk around but the city is crowded and not well paved.  Renting a bike or a rental car is a good option or just hail a taxi. Get a quote for a rental car here.

Where to stay for the Solo Batik Carnival?

Solo offers a broad range of accommodation from upmarket, right through to budget accommodation. Accommodation in Solo is more low-key and old school with lots of charming traditional-styled mid-range guesthouses. Select accommodation around Solo city centre so that you can easily walk to carnival as well as sight-see easily.

Check out some of the best offers on accommodation for your visit to Solo, or anywhere in the world here.

What to do and see in Solo?

Surakarta was historically a royal city and you can see the Javanese magic all around the city. Make sure you visit the Kasunanan Royal Palaces or joglo houses. Try some local cuisine or learn to haggle at the local market. You can visit some local temples and waterfalls. You must go shopping for some Batik Cloth at the Klewer Market or watch them make Batik in Laweyan Batik Village.

Book your Hotel and Flight for the Solo Batik Carnival

If you are lucky enough to take a longer vacation, then do because Indonesia is different to anywhere else you’ve ever been! Whether you’re after peace, a party or paradise then Indonesia fits that bill! As the world’s largest archipelago, it is home to pristine beaches, ancient sites, lush green rice terraces, jungle animals and big cities. Check out Tour Radar which has loads of different and cool Indonesian Tour Itineraries. Or Gap Adventure for the 18-35 year old crowds. 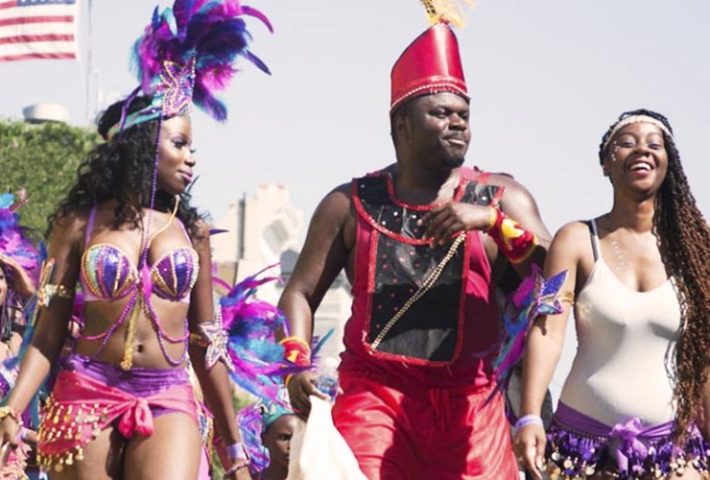 Charleston Carifest is all about embracing and celebrating the awesome island cultures and heritage in Charleston South Carolina.

Quebec Winter Carnival is the world’s largest winter carnival. Every year a million people attend the carnival celebrations. Here is everything you need to know about attending carnival in Quebec!