The Labor Day Parade (West Indian Day Parade) is the most colorful event in NYC where around three million people come out to celebrate Caribbean culture.

When is the Labor Day Parade (West Indian Day Parade)?

Where is the Labor Day Parade? 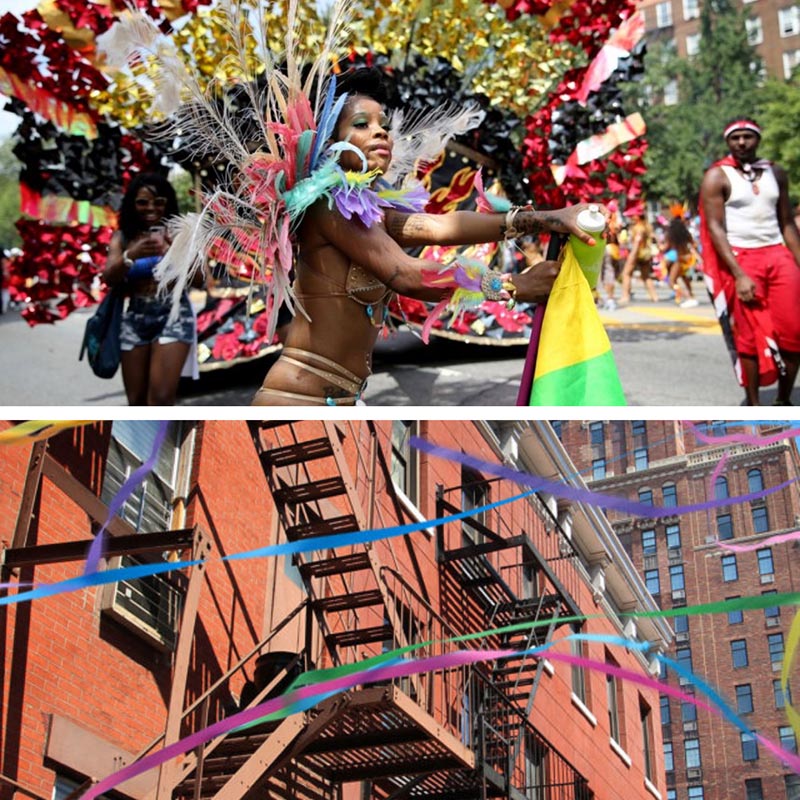 The parade marches down Eastern Parkway in Crown Heights, Brooklyn. The parade will start at Schenectady Avenue and finish at Grand Army Plaza.

What is the Labor Day Parade (West Indian Day Parade)?

Every year over three million people proceed on Crown Heights Brooklyn to celebrate West Indian Culture making it not only America’s biggest Caribbean Carnivals, but one of the biggest Caribbean carnivals in the world.

If you’re in New York during Labor Day Carnival, then head to Brooklyn to experience this incredible carnival celebration and a vibrant celebration of Caribbean Culture. 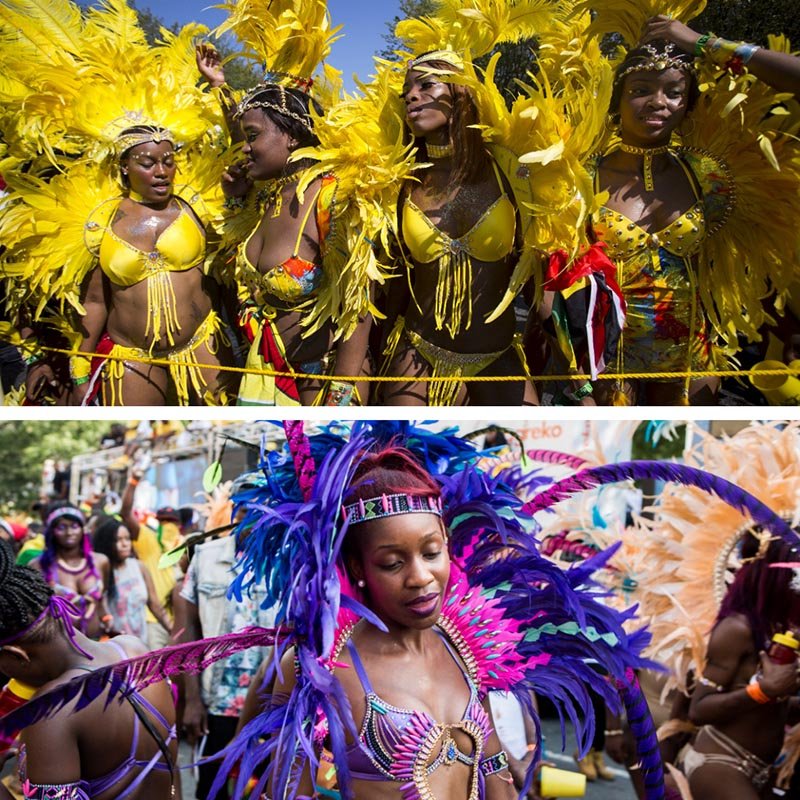 There are over 600,000 New Yorkers that are of West Indian descent. Brooklyn in particular is filled with many neighbourhoods that have large Caribbean populations.

The West Indian Parade celebrates and showcases many different Caribbean cultures including Trinidad and Tobago, Barbados, Dominica, Saint Lucia, Grenada, Haiti, and even some mainland Caribbean countries like Belize, Guyana and Suriname.

What is the history of the West Indian Day Parade? 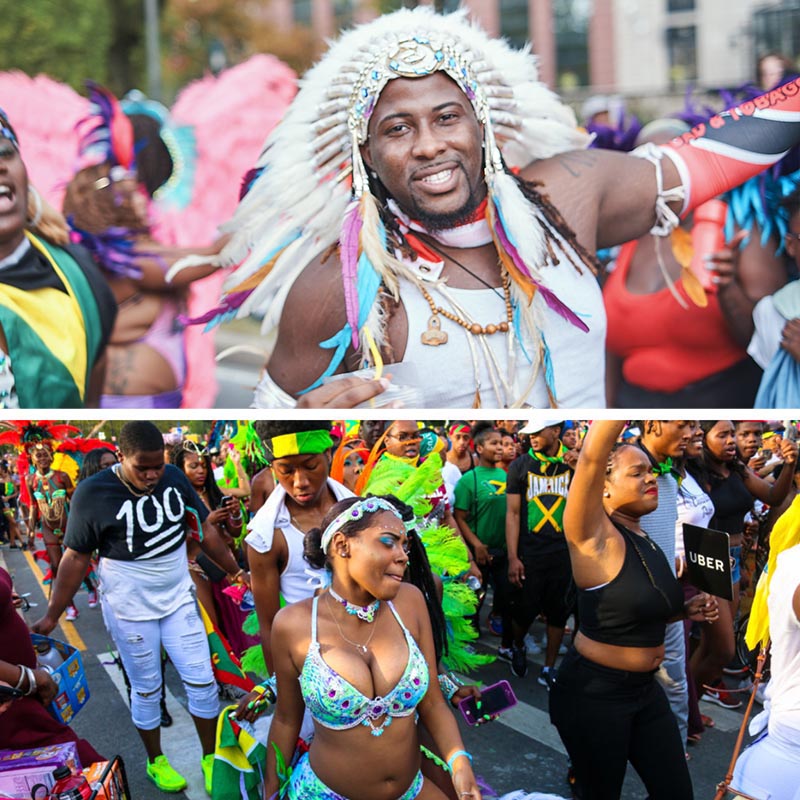 Labor Day Carnival started by some West Indians living in Harlem back in 1930. They used to throw large costumed parties before the onset of Lent, just like the ones they used to have back in their Caribbean home countries.

The first carnival street parade occurred on 1st September 1947 and was originally held in Harlem because of the large West Indian community there. The parade then moved to Crown Heights Brooklyn after the permit for the Harlem Parade was revoked.

How do they celebrate the Labor Day Parade? 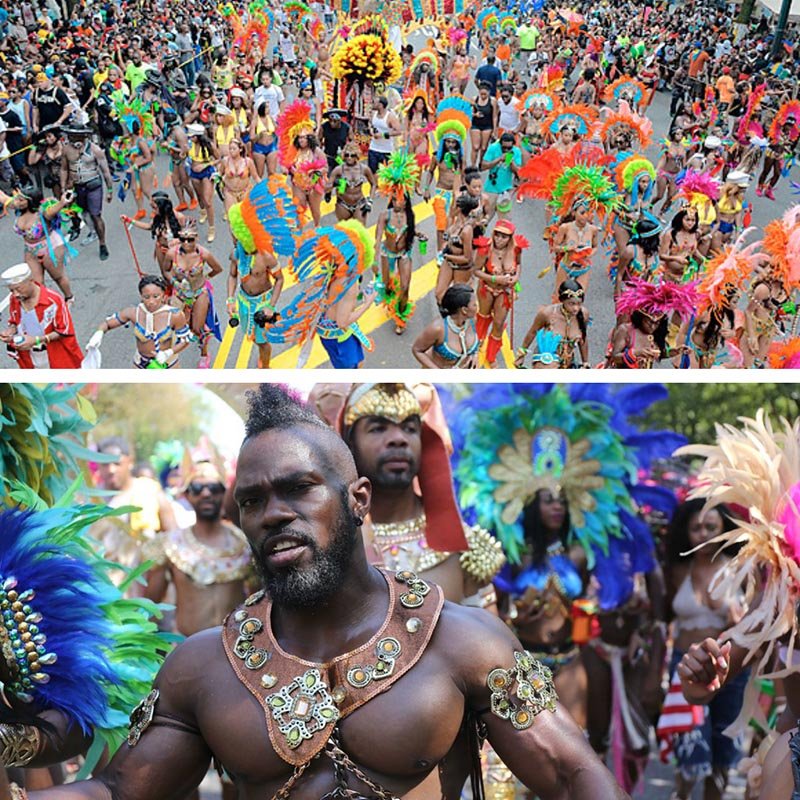 The Labor Day Parade is a huge vibrant colourful parade that lasts for about seven hours. The parade features thousands of amazing singers, dancers and musicians wearing extravagant costumes and feathered head pieces. It also has lots of amazing floats, marching bands and steel-pan bands.

Food vendors line the streets selling Caribbean food and drinks so that the revellers can fuel up and keep partying. Everywhere you look you can see traditional mas’ bands or steel drum musicians playing Caribbean music while people dance, drink, socialise and have the absolute time of their lives. 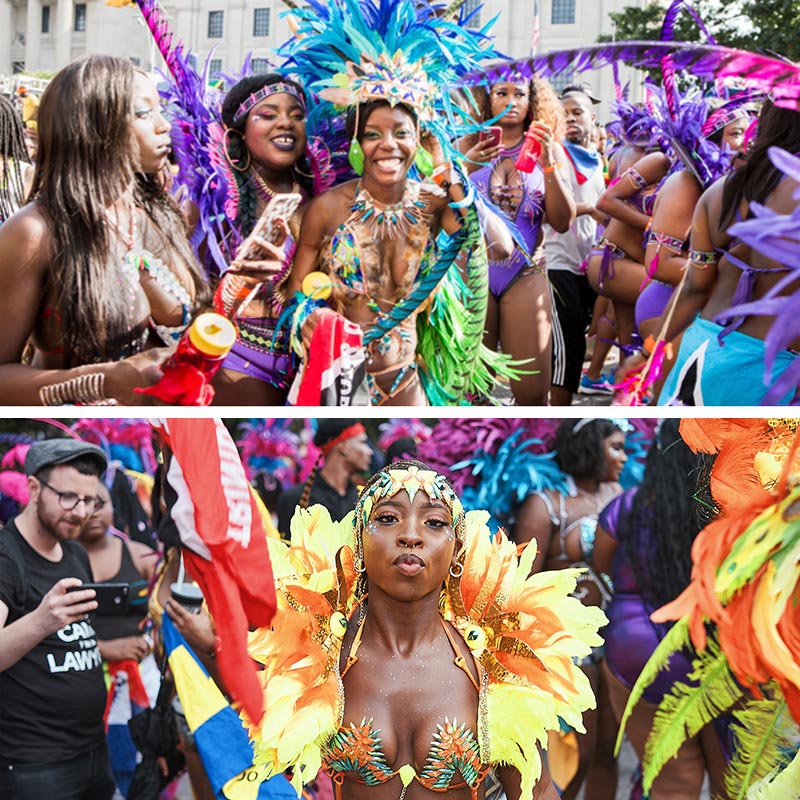 J’Ouvert celebrations are about celebrating love and about the community coming together to appreciate West Indian culture.  The celebration marks the start of carnival and is something that is observed in many cultures throughout the Caribbean. J’ouvert is not your normal carnival parade but is seen as a declaration of cultural identity for the many of the Caribbean residents.

How to get to the West Indian Day Parade? 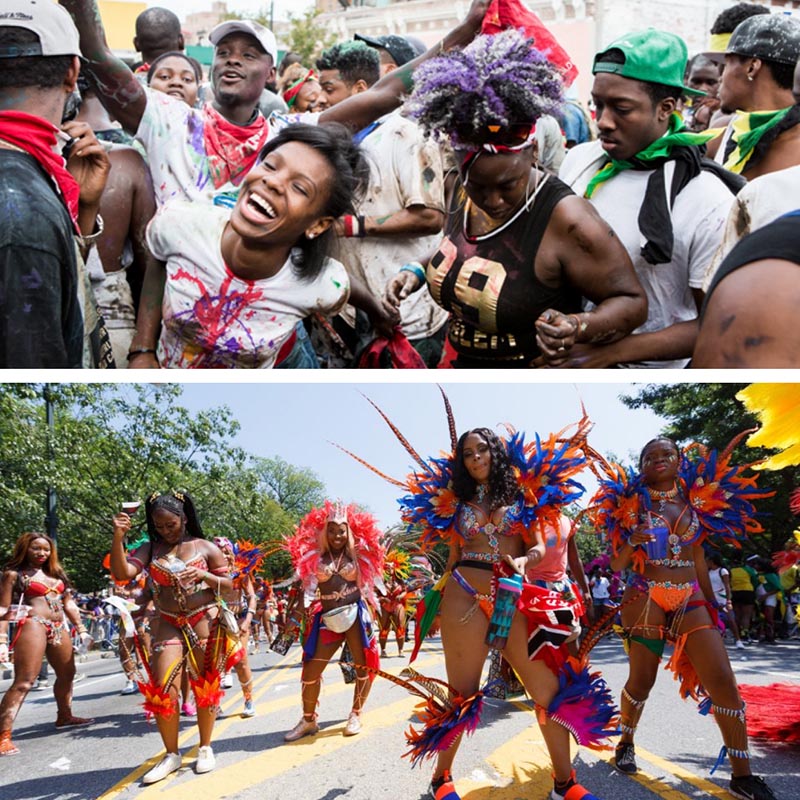 As Labor Day is a public holiday trains and buses are all operating on a holiday schedule, but trains will still be your best chance of arriving in the carnival. Of course, there are a lot of people heading to the parade, so it can be slow getting to the parade. 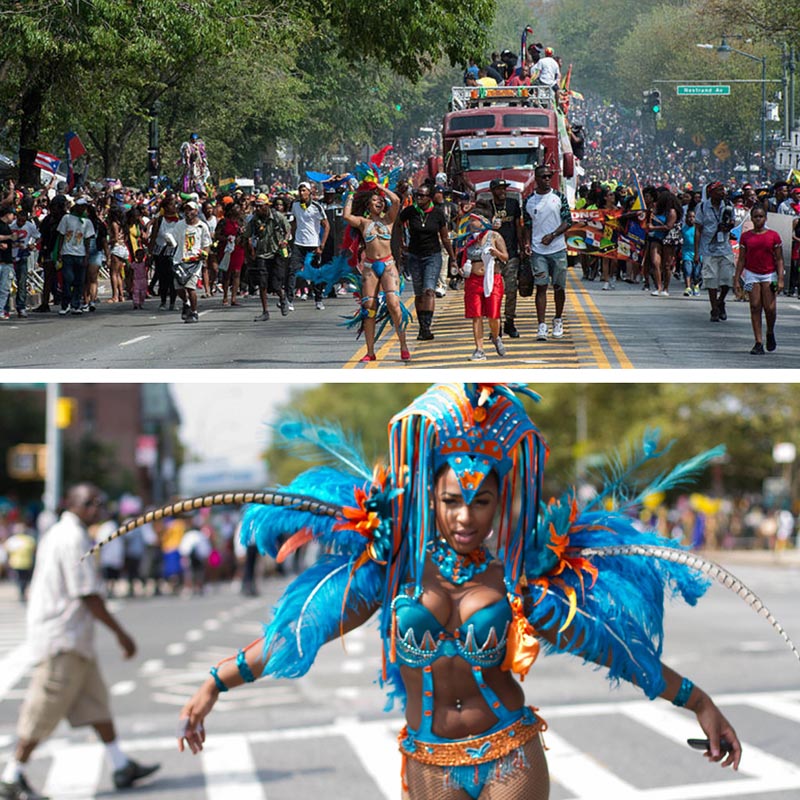 New York is filled with lots of accommodation options that cater for everyone’s tastes and budge. If you want to stay closer to the parade then your best bet is to book accommodation in Brooklyn. But New York has a well-connected subway system so it is easy to get around the city. 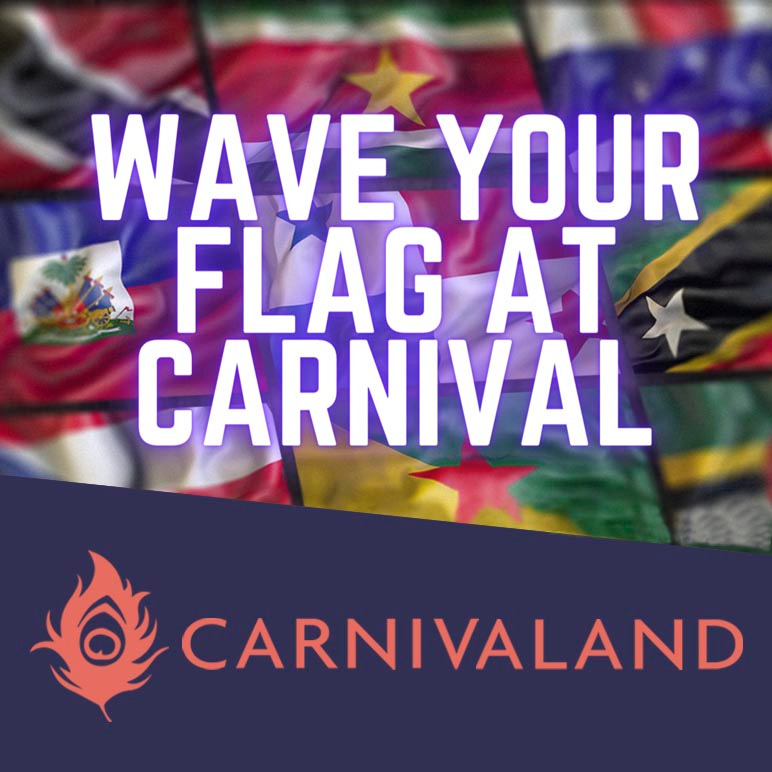 Book your Hotel and Flight for the Labor Day Parade

Leicester Caribbean Carnival is a vibrant display of Caribbean culture and heritage which takes place in Leicester! 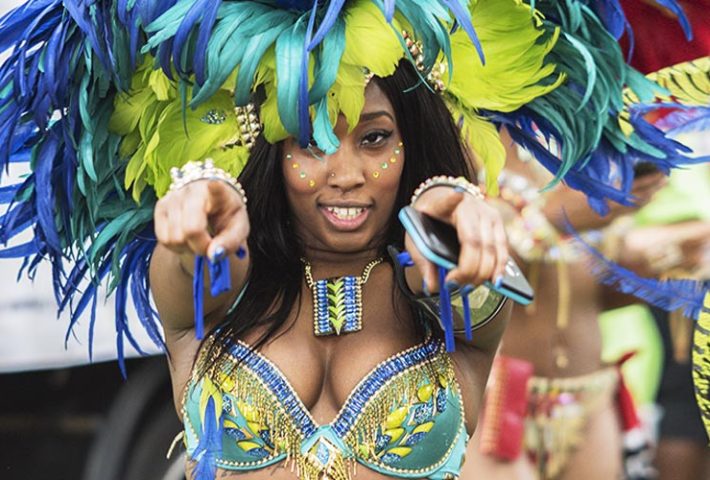 Northampton Carnival is a fun filled carnival celebration for the whole family! It is an incredible day where you can watch the amazing parade or watch some free concerts, go on some rides, eat delicious food from around the world and have fun with the community. 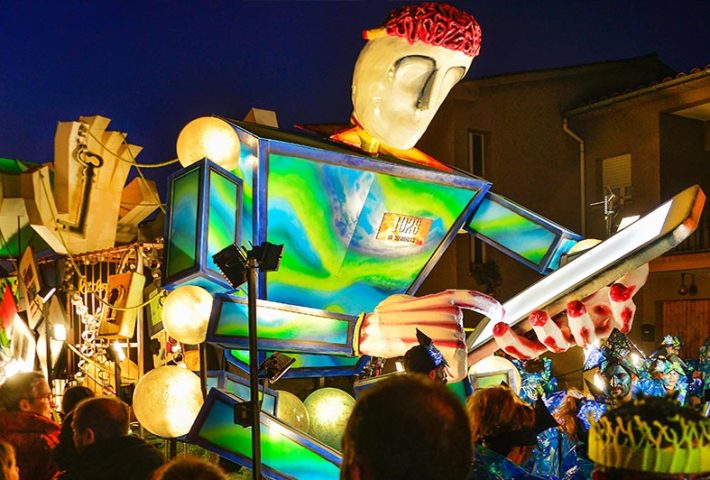 Torelló is a tiny Catalonian town that’s population increases tenfold during carnival! This is because they put on one of the most creative and innovative carnivals in all of Spain. 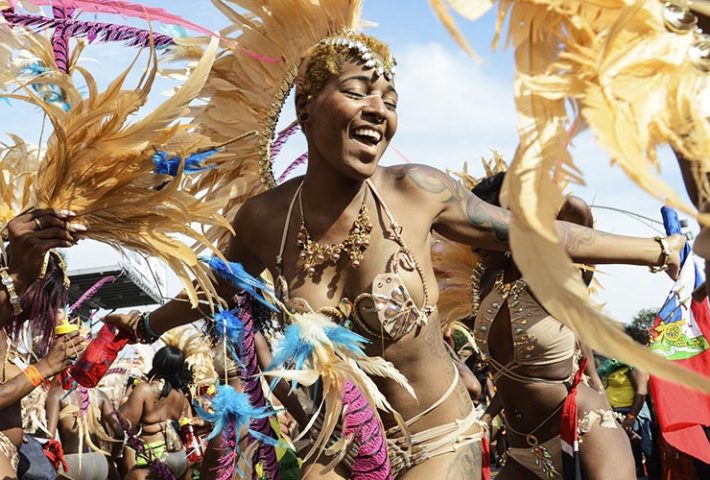 The Labor Day Parade (West Indian Day Parade) is the most colorful event in NYC where around three million people come out to celebrate Caribbean culture. 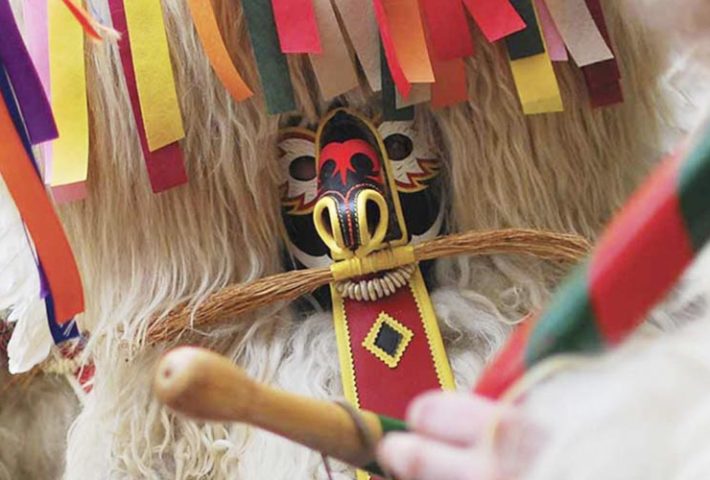