When is El Callao Carnival?

Where is El Callao Carnival?

Carnival of El Callao is an amazing carnival celebration held in a small mining town in Bolivar state which is located in the South of Venezuela.

What is carnival in El Callao?

Venezuela is a country that likes to party which can be demonstrated by their numerous festivities. From grand celebrations of local patron saints, to the Feast of Corpus Christi or the African drum dancing celebrations that honour Saint John the Baptist, Venezuela loves to celebrate and there is one celebration that beats them all, this is the Carnival of El Callao!

What is the history of the Carnival of El Callao?

The origins of carnival in Venezuela has over 150 years of history. Carnival was brought to Venezuela by the Spanish back in the colonial times.

The El Callao Carnival is unique because it celebrates old cultural traditions that arrived in Venezuela by the English and French speaking Caribbean islands. Predominantly it was the Trinidadians that influence carnival as large numbers relocated to El Callao around 1850 to take advantage of the gold rush.

At this time El Callao had turned into the leading gold producer in the world. However slowly the gold production in El Callao began to slow down by the mid-1880s and by the end of the century it was all over, and El Callao slipped back into obscurity.

Today it’s hard to envision this tiny town with a population of 39,000, and a city backed with ramshackle tin roof dwellings, and tiny gold shops was once a rich town that was a source of so much wealth. But during carnival, El Callao swells four times in size, giving a tiny snapshot of what its glory days were like.

How is El Callao Carnival celebrated?

El Callao Carnival runs from January to March and is full of parades featuring different people dressed as historical or mystical characters. There is lots of calypso music, dancing, concerts, and street festivities.

However, it is the four days prior to Ash Wednesday when the carnival peaks and culminates in four crazy rum-soaked days of parades and parties. The El Callao Celebrations has only one requirement and that is that you give into the Calypso rhythms and get your body moving.

The Carnival of El Callao also has many other cultural events that are held to highlight its Callaoense history and diversity and honouring its Afro-Antillean roots. El Callao Carnival is about reinforcing cultural identity by promoting younger generations to connect with their heritage.

The Carnival of El Callao traditions are practices that occur within families and schools where children learn skills like singing, dancing, mask making, playing instruments and writing songs.

The Carnival of El Callao combines traditions from Europe, Trinidad, West Indies, French Antilles along with local Venezuelan traditions. El Callao carnival has a strong African influence because the population of El Callao are mainly descendants of African slaves who were brought to Venezuela by the Europeans to mine gold.

The Carnival of El Callao sound systems make the carnival more participatory in nature letting everyone who can play an instrument join in a calypso group or dance along.

The Carnival of El Callao parade is led by the madmas who with their amazing colourful costumes, dance and entertain the crowds. The medio-pintos go around and smudge black stuff on people who don’t give them a donation.

The red, black and white diablos dance and crack their whips to maintain order. These are followed by the Calypso groups and different pumping the music tunes out of sound systems. There are also numerous other carnival groups of people who also wear costumes and carnival outfits that join in the El Callao parade.

The celebrations don’t stop after the parade, they run all through the night and way into the next morning. By this time, you can’t distinguish between the carnival revellers and the medio pintos because everyone is covered in black. Everyone dances the night away on the streets to the calypso music and the rum flows freely.

Those who are still awake at 4am will meet in one of the streets and wait for the ‘Agricultura’ parade group. The Agricultura Parade Groups parade through the town until sunrise while carnival revellers dance and hold up branches to the sky. This is done to celebrate the sowing of the seeds.

When the sunrises there are benches, pavements and tents in the football stadium that provide shelter to those without lodging. There are also public showers and restaurants serving chicken soup to cure the hang over.

Shrove Tuesday is the last day of The Carnival of El Callao celebrations. It sees a few smaller street parades and street parties. However, when the clock strikes midnight all the sound systems are shut down and the town returns to silence after a week of rum soaked partying.

How to get to El Callao Carnival?

El Callao is around 270km away from Bolivar City. It is easily reachable by road along the Carretera Truncal 10. Venezuela has a public transport network however it is not so reliable these days.

Book your Hotel and Flight for the El Callao Carnival

Thousands of Venezuelans from all over the country will travel, to celebrate carnival in El Callao. However, Venezuela is not recommended for foreign tourists due to its current economic and social problems. Most governments consider Venezuela a dangerous place to visit.

Every year the gorgeous city of Cadiz in Spain hosts one of the funniest and most entertaining carnivals in the world! Cadiz Carnival is one of the most extravagant parties you will ever attend. This article is filled with tips, advice and valuable information to help you have the best possible carnival experience!

Barranquilla Carnival is one of Colombia’s most important folkloric celebrations, and is a fusion of cultures, music, dance and tradition.

Rijeka Carnival is Croatia’s biggest party! Carnival in Rijeka is known as being the fifth season because it’s a period of happiness and celebrations that lasts from NY till Ash Wednesday! Here is everything you need to know. about carnival in Rijeka. 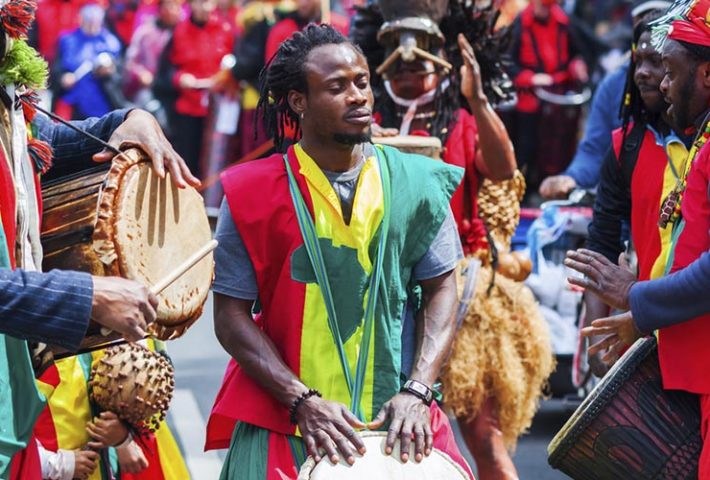 Carnival of Cultures in Berlin is a parade and carnival celebration that is all about breaking down barriers and bringing people together.

South Carolina Carnival is a carnival celebration that is all about good music, food and culture!