When is Calabar Carnival?

Calabar which is also known by the name Canann City, is a city in south-eastern Nigeria. Calabar is actually the capital city of Cross River State. Calabar sits adjacent to the Calabar and Great Kwa Rivers as well as the creeks of the Cross River.

Calabar Carnival – The pride of Nigeria!

We are proud to present you with one of the best carnivals in the world Calabar Carnival! Forget about celebrating carnival in Rio and instead head to Africa’s biggest party. Calabar Carnival is described as being ‘the pride of Nigeria’!

The Calabar Carnival is without a doubt the biggest, best and longest tourism event in West Africa. It attracts over two million revellers and features participants from over 25 different countries. The Battle of the Bands and Street Parade is even broadcast to a television audience of around fifty million!

Africa the birth place of carnival!

What is the history of carnival? My fellow carnival lovers many of you may not know that the beginnings of carnival are thought to have started in Africa! That’s right many believe that carnival began some 5000 years ago in Egypt and Sumaria.

It’s hard to believe that this global phenomenon celebrated in over 52 countries had its humble beginnings in Africa.

African cultures have had a massive impact on carnival celebrations around the world! They have contributed to the many different carnival music styles that developed from rhythmic drum beats including samba, soca and steelpan.

The bright colourful costumes that you see in Brazil or the Caribbean carnivals were also influenced by African slaves who used to dress themselves in masks, feathers and other decorative items. Even many types of carnival dances developed from the African cultures.

Book your Hotel and Flight for the Calabar Carnival

What is the history of Calabar Carnival?

The origins of Calabar Carnival started back in 2004 when Donald Duke the governor of Cross River, Nigeria, decided it would be the perfect way to boost tourism and the local economy. He wanted to turn Cross River State into the number one tourist destination for Nigerians.

He wanted to create a carnival festival that would heavily showcase the local heritage and the Calabar Carnival was a wild succuss! Today the carnival attracts millions of visitors throughout the entire month of December and has given the local economy a huge boost.

Ironically the biggest and best carnival in Africa, the birthplace of carnival, is actually one of the youngest carnivals in the world. No doubt this carnival festival will be a huge part of the history of Calabar.

The Calabar Carnival has kept the same timetable of events since it first began. The main carnival events occur in the last two weeks of Calabar Carnival. It is divided into four parts which are:

Some of the main events include J’ouvert Band fetes, the crowning of the Carnival Kings and Queens for each band, the Christmas Party Cultural Carnival, the children’s carnival, the Mary Slessor Golf Charity Dinner and the Annual Ekpe masquerade festival.

The Calabar Carnival wouldn’t be complete without adding sports to it! During carnival you can watch the popular soccer tournament the Carni-Cal Cup. There is also the a popular golf tournament, a boat regatta and various other sporting events. 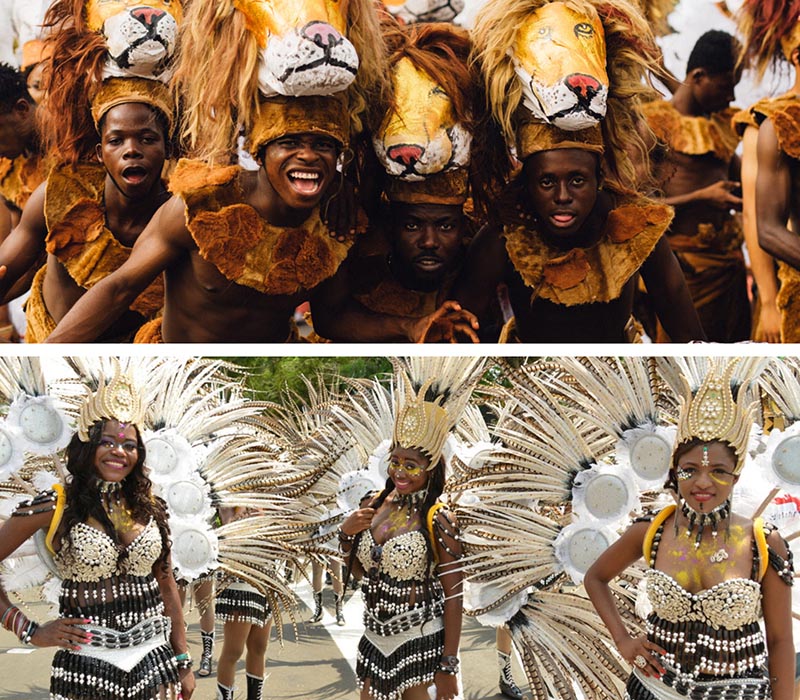 Here at Carnivaland we recommend you check some of the local Nigerian artists out if you haven’t heard of them it’s worth having a look on YouTube as they won’t disappoint.

Do not miss the Calabar Carnival African Food Expo! This an absolute highlight of carnival! You will be able to try some amazing meals that you have most likely never had before! The air is filled with so many intoxicating aromas. 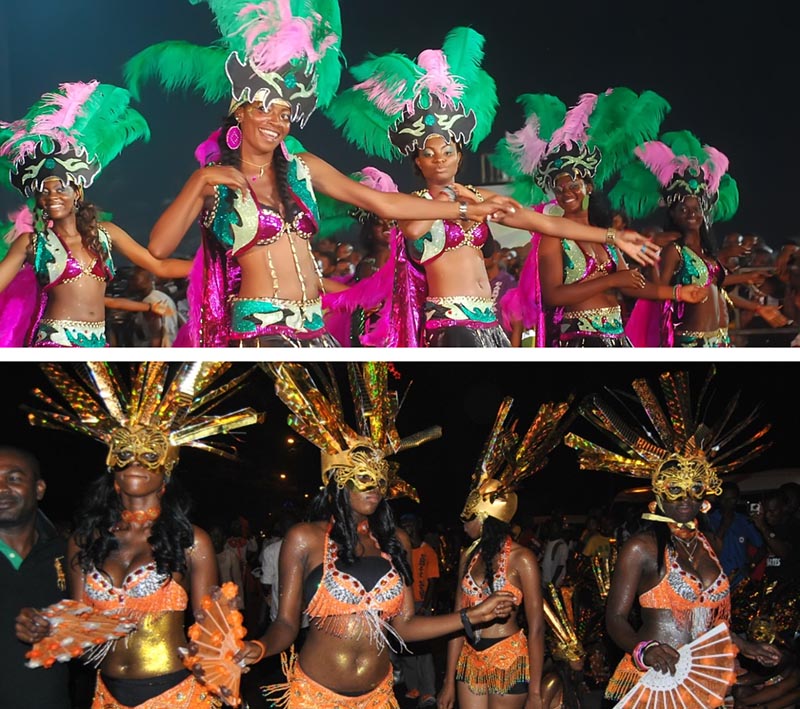 Carnival week is the final week of Calabar Carnival and when most of the highlights take place. It is the week that draws the most tourists. Some of the more popular events include:

A carnival theme guides all the carnival bands who have to interpret and then represent this theme through their costumes, music, dances, floats and displays.

The Calabar Carnival Parade features 50,000 costumed revellers who perform in five major carnival bands and 10 non-competing bands. The parade sees the carnival groups compete against each other in hopes of winning the title for the Best Band.

The parade takes place over a 12km parade route and it is quite a spectacle. It is filled will colour, sparkle, DJs, live musicians, steel bands, incredible floats and costumes. Hundreds of thousands line the streets to watch the parade and the atmosphere is electric.

The Calabar Carnival Band of the Year

The Carnival Parade terminates at the UJ Esuene Stadium and is followed by the award ceremony for the ‘Band of the Year’. Expert judges hand out various awards are handed out for costumes, music, floats, choreography and of course the prestigious “Band of the Year”.

Around 15,000 spectators fill up the stadium another 10,000 spectators surround the stadium and the event is broadcast to a television audience of over 50 million people! So as you can imagine that winning the title of best band doesn’t just get you a nice cash prize but also nation-wide fame!.

The Five Bands of Calabar

Calabar Carnival has five major competing bands that each comprise of about 10,000 participants. Each band can be distinguished by different names and colours. Each band has up to five kings and queens that are dressed in large scale costumes which interpret that year’s theme and set the tone for the rest of the bands outfits.

Bayside Band is led by the creator of Calabar Carnival and the former governor Donald Duke. It is known by its distinctive aqua marine colour and allows anyone to join the band even foreigners.

The Band of Freedom is defined by the colour yellow. This band has always been ranked in the top three bands ever since the carnival first began!.

Seagull Band is recognised by its distinctive red colour. It has been described as being the most stylish and co-ordinated band. The band is also known for its patriotism and everything about the Band relates to Nigerian carnival costumes, Calabar costumes and Calabar dances. They are fiercely proud to show off their roots.

Passion 4 Band is known as the Green Band and is actually the most successful band of all time! It has won the competition more than any other band. The band is often regarded as being the most outstanding of them all. The band is also the only bands that has two sections – one for children and another for adults.

Masta Blasta Band is known as being the orange family! They self-proclaim to be the most entertaining band and they know about the importance of Calabar Carnival Masta Blasta is the largest of all bands with well over ten thousands members from all corners of the world. They are famous for their inclusivity!.

Where does the Calabar Carnival take place?

Pretty much all the Calabar Carnival events occur in the city of Calabar. The majority of events take place in the Calabar Cultural Centre and the Calabar Stadium. The parade marches through many city streets in Calabar.

How to get to Calabar?

How to get around Calabar?

There are plenty of busses, cabs and motorcycles available to move around the city. The roads are well paved and tarred in Calabar and there is less traffic on the roads compared to cities like Lagos, so it is relatively easy to move around.

Where to stay in Calabar?

There are plenty of hotel options in Calabar from budget all the way to luxurious hotels. Prices range from $3 to $90US a night. We recommend booking early because two million people attend this carnival and it’s also during the Christmas period!

Check out some accommodation deals here, or here.

What to do and see in Calabar? 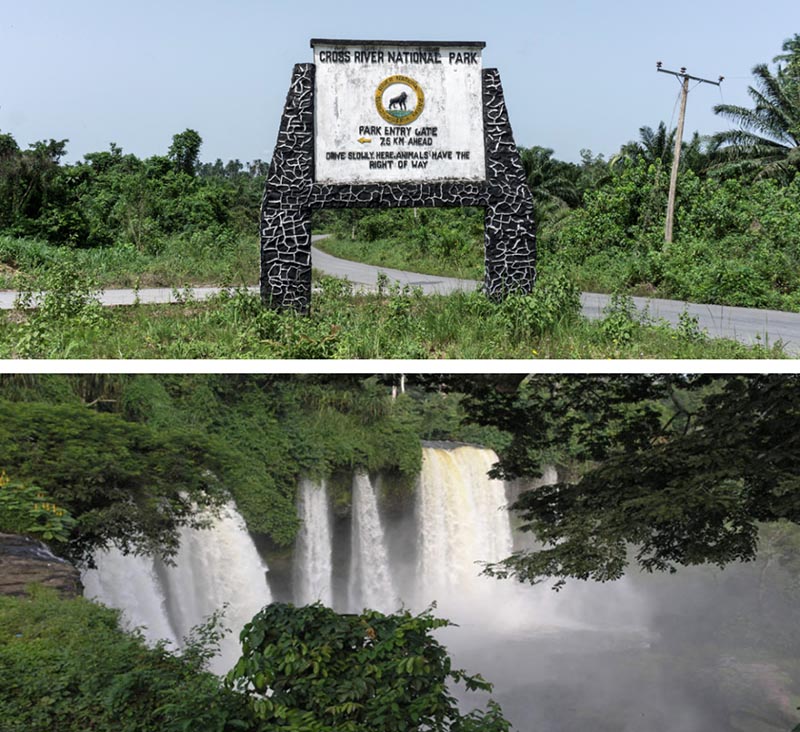 Calabar in southern Nigeria, sits near the Cameroon border and is the capital of Cross River State. There is plenty of amazing attractions to see in Calabar including:

Calabar boasts way more than most people are aware of. If you find yourself in Calabar for carnival then you must visit some of these places. Check some tours on here.

Yes Nigeria doesn’t have the best reputation of being the safest country but the Cross River Government places safety as a top priority. They have assured residents and tourists that adequate security measures are in place. This can be seen by the fact that participants from 26 different countries that attend this carnival.

However, pickpocketing is common so be aware of your valuables at all times or even hide your valuables in a safe place like a security pocket. Its even better during the more crowded events to just leave them back in your hotel room.

Here at Carnivaland we believe that this carnival is one of the best, most colourful and exhilarating carnivals in the world.

If you want to experience Calabar Carnival but you don’t want the hassle of organising it yourself or you don’t want to go alone, then consider taking a tour, we noticed there are a few tours on Viator click here. Or if you are luck enough to have a longer vacation considering taking a tour of Nigeria there are some cool itineraries on Tour Radar.

Please contact the Chairman of Calabar Commission for further information 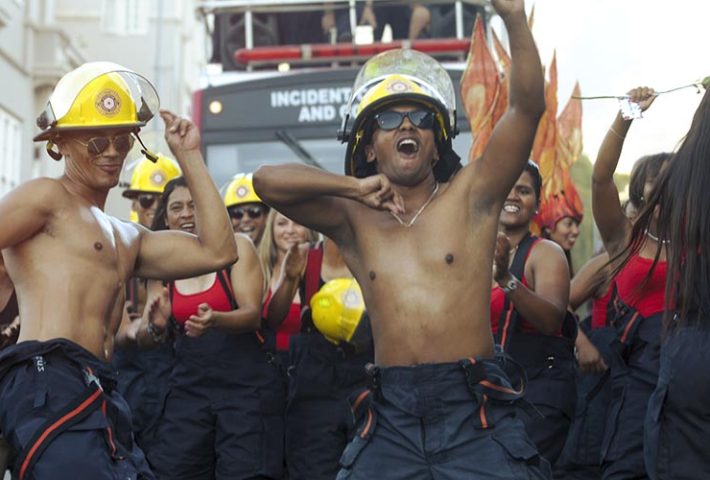 The Cape Town Carnival is one of the treasures of Africa, a melting pot of cultures that has an amazing parade, epic floats and music that will leave its mark on you forever

Guyana Carnival is the an annual carnival in Georgetown Guyana! It is a wild, vibrant and colourful celebration that embraces local culture and heritage. 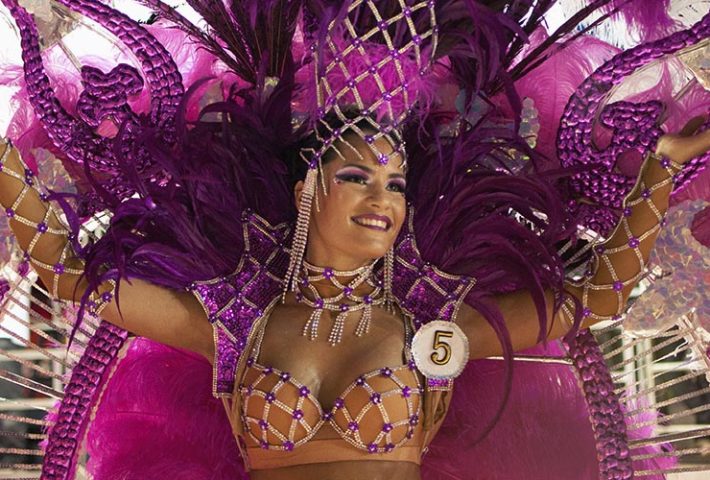 La Ceiba Carnival is the biggest party in Central America! Over half a million people come to Honduras to celebrate carnival!

Masopust in the Hlinekco Region are authentic Czech Shrovetide processions that are so unique that have been recognised by UNESCO.

Among the most unique festivities, the Havana Carnival is one of the most important on the island of Cuba.