Aguilas Carnival is known as one of the top carnival celebrations in Spain. Situated in the Spanish Mediterranean this winter carnival is famous for fun. Here is everything you need to know about celebrating carnival in Aguilas!

Aguilas Carnival is known as one of the top carnival celebrations in Spain. Situated in the Spanish Mediterranean this winter carnival is famous for fun. Here is everything you need to know about celebrating carnival in Aguilas!

When is the Aguilas Carnival celebrated?

Aguilas Carnival is a pre-Lenten celebration that is always held in the lead up to Lent, 40 days of fasting before Easter. The Aguilas Carnival always finishes on Shrove Tuesday, the day before Ash Wednesday, which is the first day of Lent.

The organizers cancelled the event as they believe that Aguilas Carnival should be celebrated to the fullest extent and with the high number of covid cases and restrictions in place, the event will fall short of expectations.

Where is the Aguilas Carnival held?

Aguilas sits at the southern end of Murcia’s Mediterranean coastline, which is known as Costa Calida, right near the border with Province of Almeria. It is known for its rich history, beautiful beaches and Mediterranean charm.

The heart of carnival is Plaza Espana, where a stage is put up for live entertainment, music, costume competitions and more.

What is the Aguilas Carnival?

Águilas Carnival is a pre-Lenten carnival that is the last chance before the onset of Lent to give in to all your temptations. It is the perfect place to let your hair down, get your freak on and party your cares away for a few days. Extravagant costumes, colorful parades, wild street parties  and entertaining musical groups are some of the key characteristics of Aguilas Carnivals.

While Águilas Carnival is not as big or popular as some of the other Spanish Carnivals, it is one of the most important carnivals in Spain! In fact, this carnival is such an important cultural symbol, that it was even declared a Fiesta of International Tourist Interest in 2015.

This carnival not only draws thousands of people from around Spain, but it also draws international visitors. In fact, this port city usually has a population of 665,667. However, during carnival the number swells to well over a million.

Characters of the Aguilas Carnival

The following are the iconic characters of the Águilas Carnival. However, before we get to know them, it is worth mentioning a character that encompasses everyone else: the Carnavalero (carnival man), who is the spirit of excitement and euphoria.

This character represents all the participants and spectators of the carnival. It represents the Spaniards coming from all over the country, and the visitors and foreigners from other countries who meet and take part in this great festival. The Carnavalero is the Spirit of Águilas!

He is one of the most colorful characters, with a really extravagant costume, and represents the Roman God Janus. This character is at war with Doña Cuaresma (Mrs. Lent), and while he temporarily wins, he is later defeated in a battle in Playa de la Colonia.

Before his defeat, Don Carnal spends a week of fun by joining the shows and activities of the carnival. When the day of his defeat against Doña Cuaresma arrives, known as Piñata Saturday, a doll is placed inside a bonfire and fireworks are set off as part of this ceremony.

The doll represents Don Carnal’s body, and the burning of it is the symbol of his temporary defeat since every year Don Carnal returns with that same joy, fun and wildness to face Doña Cuaresma once more.

This character represents sobriety and abstinence, thus, as her name implies, symbolizing the upcoming Lent. She is temporarily defeated by Don Carnal in a heated debate one Saturday before the parades.

Having lost, Doña Cuaresma asks for a truce, and Don Carnal is given a week to celebrate the carnival. After that time, she finally defeats Don Carnal on Piñata Saturday.

La Musa or the Muse

Known as the Queen of Carnival, la Musa represents the spirit of joy and celebration. She is a spirit that fosters creativity and humor in people. This character appears at the opening of the carnival festivities, taking advantage of the moment before Doña Cuaresma makes her entrance.

The fantasy, glitter and magic that la Musa gives off are always noticeable, and she makes sure the streets of Águilas are filled with them the entire week.

In a sense, this is the oldest character in the carnival, since it represents the ancient carnivals that took place in Águilas. The Mussona is a half-human, half-beast creature, thus having a spirit that is both wild and civilized.

This character has a unique characteristic: it can be played by a man or a woman. The costume resembles a marine animal since it is designed with materials from the sea and land.

While La Mussona contributes to a week of fun like many other characters, this one also calls for order and peace. This is possible thanks to the musician tamer, a character who seeks to calm the beast side of the Mussona through music.

Los Cascarones & The battle of Don Carnal and Dona Cuaresma

Los Cascarones are an important carnival tradition. The months leading up to carnival, families in the city begin to store eggshells. These eggshells are then painted in beautiful colours, or covered with colourful tissue and filled with confetti.

Los Cascarones is what the locals call these confetti eggshells and they are used for the battle of Don Carnal and Dona Cuaresma, which occurs in the Plaza de Espana, the Saturday before the big carnival parade. The entire square is filled with confetti and the eggs are thrown at each other in a fun and colourful battle.

What to wear Aguilas Carnival?

Everyone both young and old, dresses up in colourful carnival costumes. Carnival here is similar to what you would see during American Halloween. You can dress up however you like but most people will get into costume. While it is not mandatory to dress up, you will feel out of place by not wearing a costume.

The Aguilas Carnival costumes that you see in the parade are more satirical, eccentric and humorous carnival costumes, than the ones you might expect to see at Brazil or Rio.

What to eat and drink at Aguilas Carnival?

One drink that has been crowned as the emblematic drink of Aguilas Carnival, and accompanies all the celebrations is Cuerva! This is a spirit drink that is composed of various alcohols and fruits.

How is the Aguilas Carnival celebrated?

Águilas Carnival is one of the greatest fiestas in Spain because during carnival the whole city transforms into a wild party. Everyone both young and old, hop into costumes and take to the streets, singing, dancing, drinking, socializing, and partying the night away. Street parties continue all night until the wee hours of the morning.

Águilas Carnival is filled with loads of exciting events and activities. Parades, music, fireworks, street parties, fireworks, games and contests. The parades are the highlights and there is even a great children’s parade.

The Night Carnival takes place when the parades finish. The street parties take over the city. There are people in costumes everywhere just like Halloween in America. The music plays, the drinks flow and people dance the night away. Carnival finishes with the burning of Don Carnal, a puppet that is burnt to symbolize the end of carnival.

Here is a brief Aguilas Carnival Schedule outlining the main events at carnival:

How to get to Aguilas Carnival?

Águilas Carnival is celebrated in Murcia, Spain. There are two nearby airports that are close to Aguilas Carnival:  Murcia – San Javier Airport and the Alicante Airport. Also, Murcia is only a three-hour drive from Madrid, which receives international flights from most parts of the world.

If you are coming domestically, Spain has an excellent transportation system and there are plenty trains and buses to the region.

Where to stay for Aguilas Carnival?

Aguilas actually has a lot of accommodation options for all budgets and levels of comfort.

Check out some accommodation deals for Aguilas here.

Or you can also stay in the centre of Murcia which also has plenty of accommodation options.

Check out some accommodation deals for Murcia here.

Book your Hotel and Flight for the Aguilas Carnival

Tips and Recommendations for the Águilas Carnival

Places to visit in Aguilas

If you are lucky enough to be in Águilas longer than carnival lasts, you can check out a few options of interest to make your stay in Águilas more memorable.

La Carolina beach, La Higuerica beach or Las Delicias beach: While it’s true that the weather may not invite for a swim, the temperature will be friendly enough to allow you to lie down or take a walk on one of these beaches.

The historic center is one of the most beautiful places in Águilas, so if you have time do not hesitate to visit the favorite places of the people of Águilas, including La Torre de las Palomas (the Tower of the Doves), the St. Joseph Parish Church and Los Molinos de Sagrera (the Sagrera Windmill).

Castle of San Juan de las Águilas: This castle of Arabian origin rests at the top of the city, so you certainly won’t miss it. Both children and adults will be amazed at the sight of this wonder in Águilas. 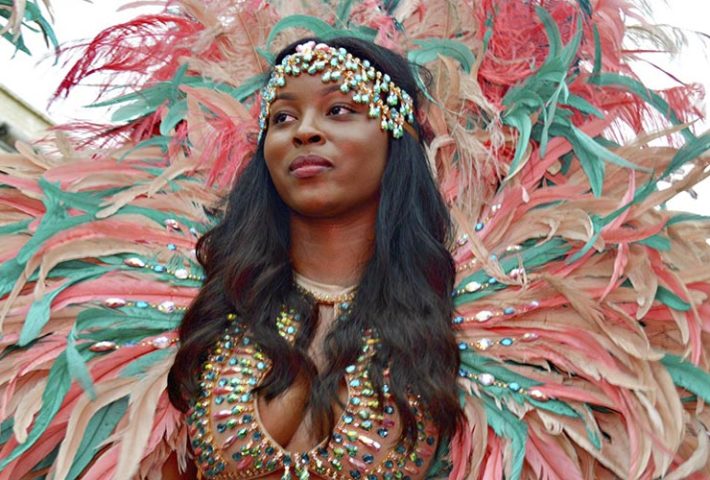 St. Thomas Carnival is the place to go if you want to have the time of your life! It is a high energy, vibrant and colorful celebration in a tropical paradise!

Viareggio Carnival is one of the worlds most renowned carnival celebrations because of their jaw-dropping 30m high papier-mache carnival floats. This article is filled with lot of useful information, tips, advice and more valuable insight to help you plan the best possible Viareggio Vacation!

Jamaica Carnival is the place to go if you want to have the time of your life! It is a high energy, vibrant and colourful celebration. Filled with reggae, calypso and soca music. Here is everything you need to know about attending carnival in Jamaica.

Binche Carnival takes place for three days before the start of Lent and has been recognised by UNESCO for its cultural significance.